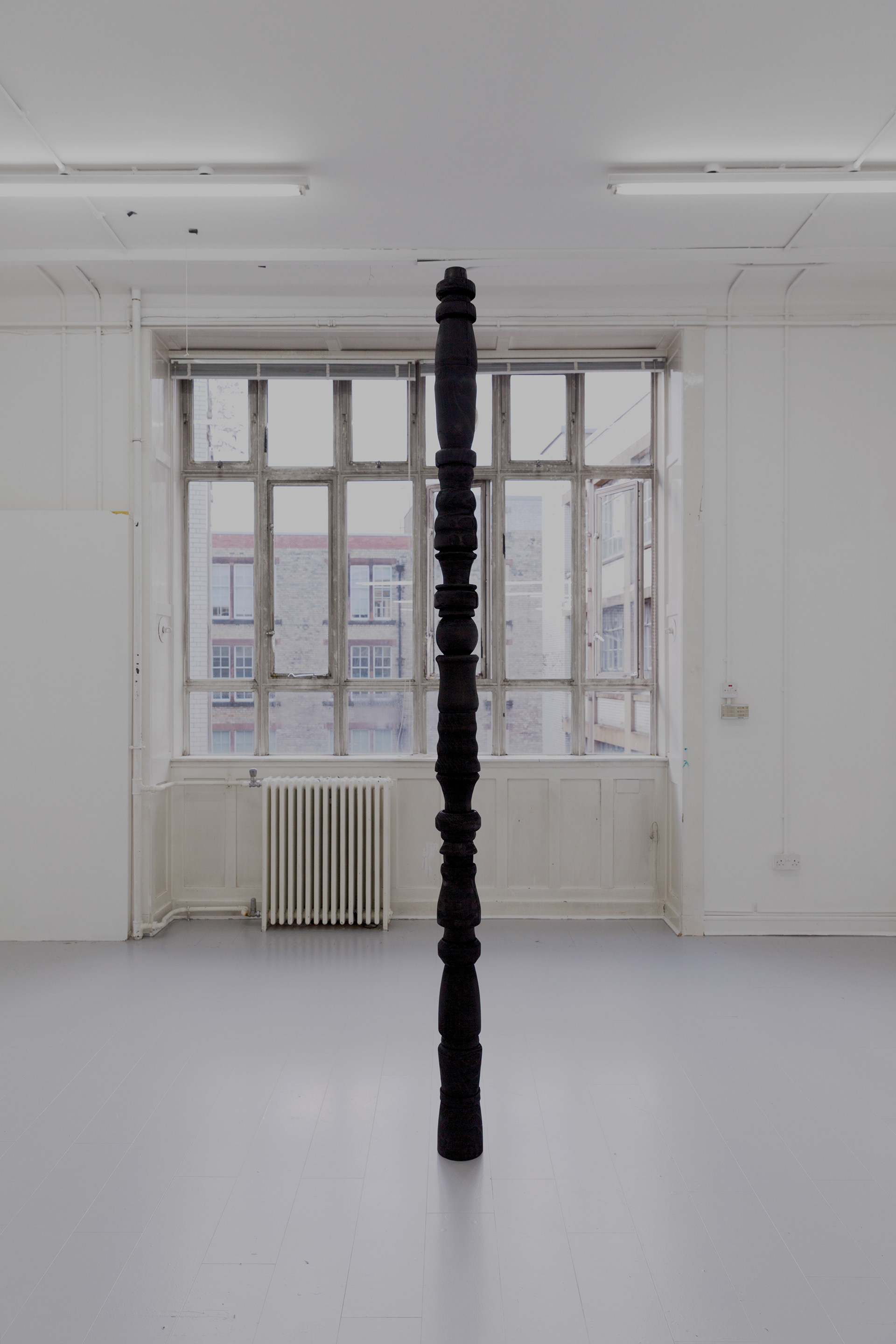 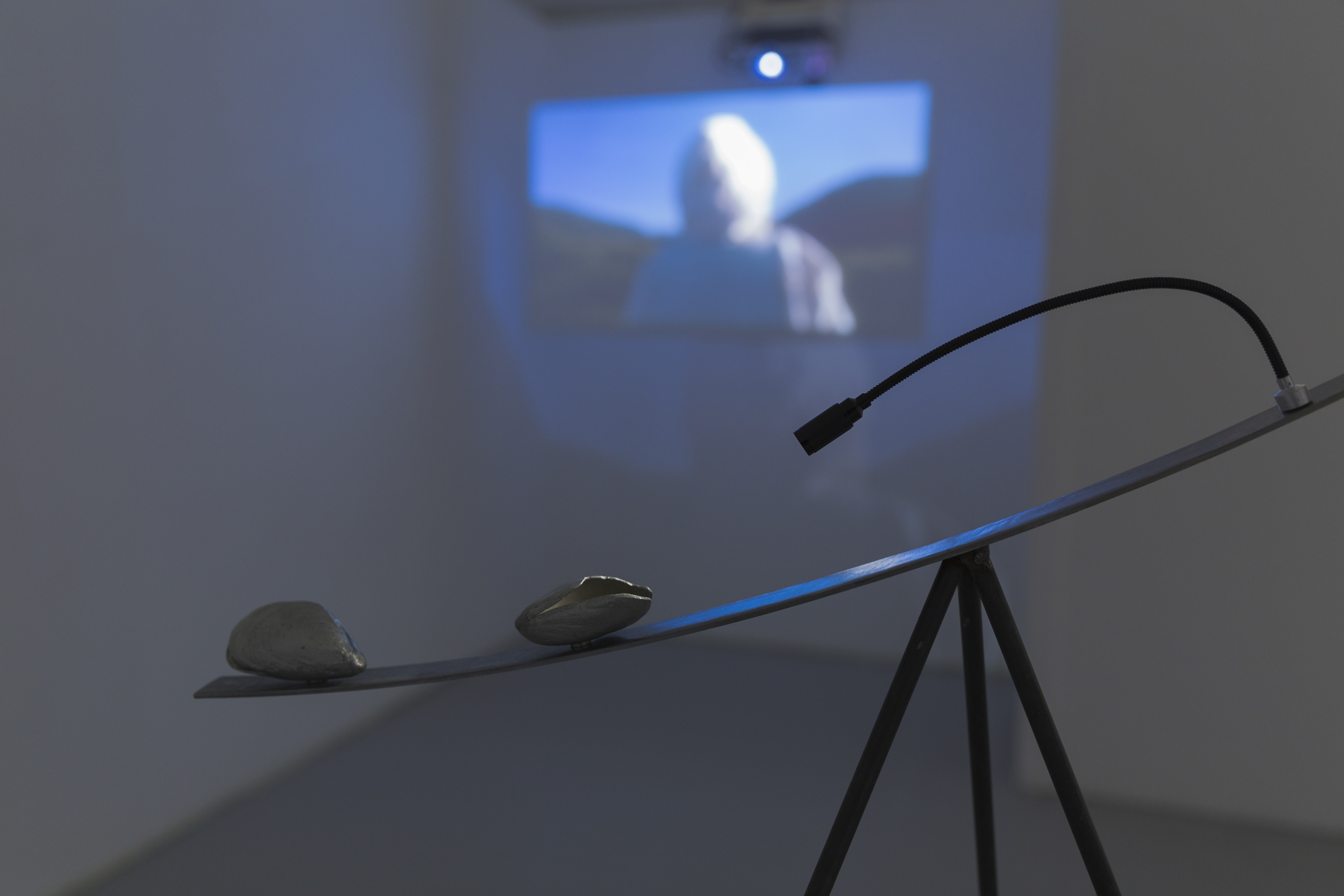 {Virtue, Vessel, Vestige}
Trongate Building
Glasgow School of Art
2017
List of works
POST
Turned red pine, black stain 2.8 m (0.15 m in dia)
PLYNES
Steel, pewter, magnets and magnetic led lamps. Dimensions variable
SEEKER
Dual screen projection, 720p 26 mins (looped)
VVV is a work that unravels across three planes, the first an open area centring upon a blackened decoratively formed post, towering to almost three metres. The second enclosed and darkened, housing triangular pyramid structures sporting cast organic 'offerings', and the third accessed through the portal of dual projected scenes of an unknown natural expanse.
Origins and suggestion toward the function of the monument are depicted in the accompanying work SEEKER, as the protagonist is guided across unknown expanses. Ritualistic movements from one post to the next are seen to articulate human presence within the landscape.
POST, found centred within an open setting, carries out the notion of a museological finding, the most grandiose of them all and a possible 'final destination.' It is pulled into a new world and treated with an obscure reverence.
Pyramid structures support delicate pewter casts of mussels shells, like the kind found in freshwater, and once shed in the rivers of Scotland, for the chance of obtaining a prized pearl. Within the composition the enclosed 'prize' of the shell is absent. The shells themselves become husks, or considered as vestiges. With speculation of these tokens as clues or keys to an expanded PLYNE, a view of an alternate environment is opened that is surveyed by an unknown protagonist, across the dual screen projection installation, SEEKER.
Guided by an anonymous protagonist, SEEKER, seemingly navigates the terrain via arcane markers in search of the 'out of reach'. Existing between two 'climates', one of a dark stillness, and another of endurance negotiating a changing landscape, these depictions together, can be seen as an intertwined skirmish toward transcendence, or that possibly the lengths that are travelled in the 'physicality' of the expanse, are in fact only the manifestation of the prior.
↑Back to Top